*Cover art image is by Hisano-x!*

Your friend from college, Vanessa, invites you over to her family home for a holiday meal. This meal isn't like any other, judging by their sizes, or by how they've been getting fatter every holiday.

So what will you find? Probably some weight-gain, male/female content, and a lot of sexual energy, let's be honest.

This  text adventure Is a loosely plotted excuse for some fattening shenanigans, sex, and some optional kinks! For now, you're the family friend: Daniel! Lucky you!

However, this demo is limited to the friend, Daniel, his weight-gain and self-feeding growth. Also this clocks in at around 6,800 words, because I apparently cannot write short games! Go team!

This is included in the game but here's some upfront info for the cast:

Daniel: The guest of the Chubston family, Daniel is a 24 year old male, fit and currently weighing about 140lbs. He has an appreciation for the softer people of the world, invited to the home of his friend Vanessa. He’s mainly a feeder, but you have the option to make him a feedee for this game. *wink*

Lacie: The 19-year-old “baby” of the family, Lacie’s a college student who’s just started really getting into the gaining scene with her family. She’s often considered the smallest, weighing only 340lbs. G-cup breasts, and her plump belly tends to hid the front of her pants. She’s trying to catch up to the rest of the family.

Johnny: The 22-year-old is Vanessa’s only brother. A lazy gamer-type, he enjoys playing video games while snacking and sitting on his fat ass, which has certainly made an effect on him. At 420lbs, he doesn’t move often, except to eat or use the restroom. Thankfully, he still manages to bathe regularly, but mainly because his older sister installed a funneling-type tube to bribe him. He still takes regular showers, thankfully, so long as he’s got some food to suck down.

Vanessa: The brilliant scientist of the family, the 27-year-old has taken full advantage of her hard-earned education, and is suspected to be the cause for such a fattening holiday celebration lately. The 500 lb goddess has found ways to keep her, and her family’s, lifestyle but greatly reduce the normal risks. As such, she’s found ways to also keep most of them surprisingly mobile, when anyone does decide to move about. But why did she invite her friend, Daniel? He’s so skinny…

Mary: The 47-year-old mother and wife, she’s the one guilty for everyone having such generous appetites. She frequently uses her personal motto “A full belly, is a happy belly,” and often likes to follow it up with “and who doesn’t want to be happy?”. While she’s quite large herself, the 445 lb woman seems to enjoy feeding others more than herself, but she’s clearly enjoying much of her own cooking… or take-out.

Richard: The 46-year-old father and husband, he’s easily the largest of the family. Being a feedee and gainer himself, his life turned around when he met Mary… and so did his waistline. Within 6 months, he’s put on 50lbs and she was pregnant with their first child. Now, with all 3 kids having grown, he didn’t slow down. Weighing well over 850 lbs, the only reason he is remotely mobile is his brilliant daughter’s studies and supplements. Then again, he’s still getting bigger, too.

3 months have passed, how are things?

good job and i cant wait for the next update

Thank you! Unfortunately it'll be a while, I need to take a break to focus on my other two games. But I'm definitely planning on updating this!

is this thing dead?

wow this is amazing. when can we expect an update?

the kink toggle isn't working yet, for me at least. I tried, my guess is that none of the other stories are finished.

Correct! I'm writing out the base story pathing first and then adding kink alternates afterwards. This game is my biggest writing project, honestly. It's gonna take a while to finish.

This is really good. Hope to see more of this in the future

When so you plan on making an update for this game?

Uh... October? I think. If I got my math right, I should be able to get some updates by the holidays this year. Assuming I can meet my personal progress goals on Cumm Labs and Comfy Companion 2 by the end of summer.

That's the plan, at least. Forbidding any delays, of course.

You do still working on this game right? It would be a shame to let this one go to waste.

Slowly, I have Cumm Labs and Comfy Companion taking priority right now, but I hope to have something this coming fall.

Hold on a minute that's not 100% true, even though it's in entirely different topic hahahahaha

I see a lot of potential in this game. I love the demo and cant wait for the full game. Please keep up that good work !

Thank you very much!

I will watch your career with great interest 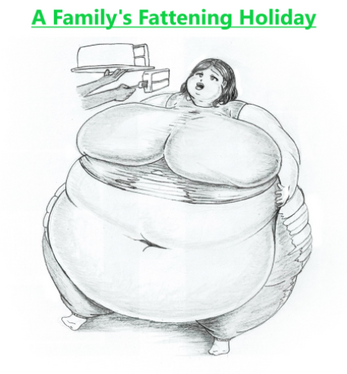